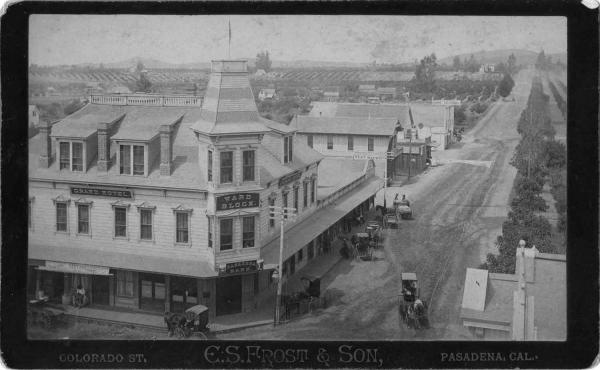 From the early days in the late 19th century and the boom years of the early 20th century, to the decay and neglect of the 1960s and 1970s and its amazing revival in the 1990s, Old Pasadena showcases a rich patina of nearly 150 years of development, change, and the care of many stakeholders.

Explore the rich History of Old Pasadena through photographs.

Photo Courtesy of Pasadena Museum of History: The Grand Hotel (now The Cheesecake Factory) on Colorado Street at Fair Oaks.